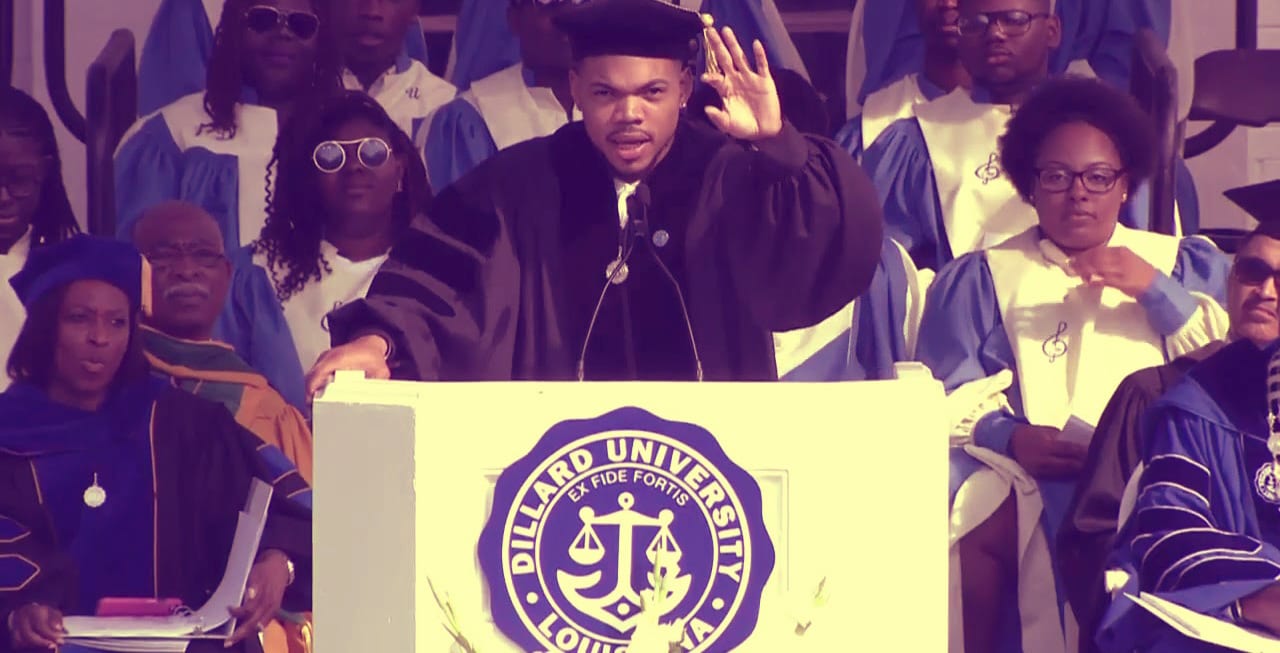 Dillard University recently welcomed the 25-year-old rapper with open arms, giving him an honorary doctorate after his commencement speech to the class of 2018.

Chance the Rapper is best known for his music, but also is an outspoken advocate for social change, reform, and helping communities of all backgrounds reach their true potential. He continued this trajectory by addressing the class of 2018 from Dillard University, having been chosen for the honor on the basis of his “spirit of being entrepreneurial and authentic,” in the words of Dillard President Dr. Walter M. Kimbrough.

From strength to strength

Chance the Rapper’s illustrious career as a young rapper skyrocketed with the release of his second mixtape in 2013, the now-iconic Acid Rap. His fame progressed from there, being well-known for his verse on Kanye West’s “Ultralight Beam” from the 2016 album Life of Pablo, culminating with his latest release, the 2016 mixtape Coloring Book. Coloring Book would go on to win the honor of Best Rap Album at the 2017 Grammy Awards, also becoming the first streaming-only album to ever win at the awards ceremony.