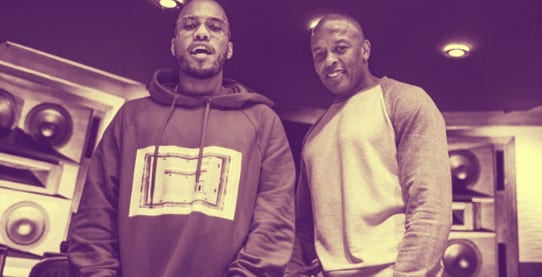 Dre Day at the Mixing Board

Anderson Paak has confirmed Dre’s involved in recent interviews, stating he is helping him out with melodies, sequencing, video ideas and the general creative direction. Dre is well seasoned when it comes to assisting on other artists’ productions – working with Eminem, 2Pac, Snoop Dog and 50 Cent in the past, to name a few. Paak released a few new tracks over the course of 2018 including “Bubblin” and “Til It’s Over,” so this latest collaboration with Dre is something else to look forward to.

Anderson .Paak is from Oxnard, which is about 60 miles north of Los Angeles, and this highly anticipated follow-up to ‘Malibu’ is reportedly titled ‘Oxnard, Ventura’ – a nod to his roots. According to .Paak, fans can “expect it this year, sometime” with no official release date mentioned as yet. Stay tuned for more info, including when the album drops.