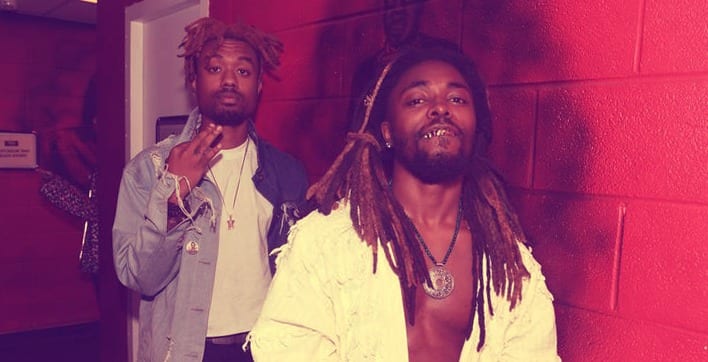 EarthGang: The Who, What, When and Where

Back in the noughties, Olu Fann and Eian Parker met on a school field. The two audiophiles formed a fast friendship and soon started making music.

The Pandora-popular duo spent years in the independent music scene working on their sound. By 2014, Fann and Parker had earned a spot on Billboard’s emerging artists roster. From there, Doctur Dot changed his moniker to Wowgr8, and their proverbial star skyrocketed.

Growing up in Atlanta in the late 1990s and early 2000s, the pair’s temporal influences included Freaknik favorites, neo-soul jams and bass rap tracks from local musicians like Kilo Ali.

Old heads have already knighted EarthGang as the next Outkast. Like the “Hey Yeah” vanguards, Johnny Venus’ and Wowgr8’s aural sensibilities celebrate a vast diaspora of entertainment vibes. But more than just a synthetic creation, the duo’s sound also embraces organic audio elements that speak to listeners on a visceral level. As Venus once explained: “[EarthGang’s] music is influenced by the conscious and subconscious, and we create it to influence the like.”