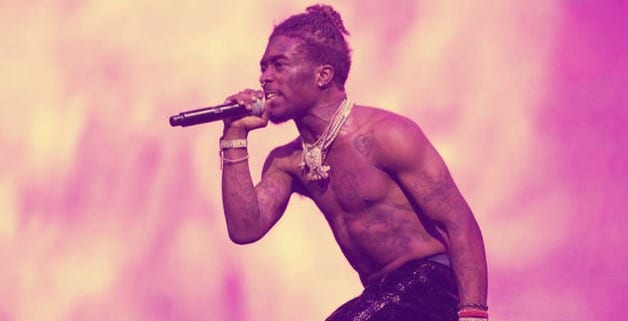 The beef between Lil Uzi Vert and Heaven’s Gate rages on.

Well, either Lil Uzi didn’t know about the complaint or doesn’t care, because the “UnFazed” artist is at it again with the “New Patek” cover.

What is Heaven’s Gate?

Back in 1997, 39 people gathered at a San Diego mansion. They slipped on new pairs of Nike Decades, ingested poison, covered themselves with purple shrouds, and then died. They were part of Heaven’s Gate — a cult whose members believed suicide would secure them safe passage on an intergalactic spaceship attached to a passing comet named Hale-Bopp.

Twenty-one years after the incident, surviving Heaven’s Gate members are fighting intellectual property wars here on Earth — and their number one nemesis is Lil Uzi Vert.

The “Sauce it Up” singer first used a Heaven’s Gate symbol on promotional materials for his “Eternal Atake” album, which prompted a cease-and-desist warning from the cult. But alas, Lil Uzi’s “New Patek” art is a picture of him reaching through Heaven’s Gate symbol.

Consequently, the cult is now threatening to sue.

Who will win? It’s impossible to say at this juncture. Our best guess: The parties will reach a settlement after tossing around fair use arguments.

Check back for details as the story develops. In the meantime, here is Heaven’s Gate official statement:

“The artist has to be careful to not make full use of the spirit and meaning of the Group while altering images of it to make it look like he isn’t infringing. We will see what can be sorted out. It is in the hands of attorneys.”