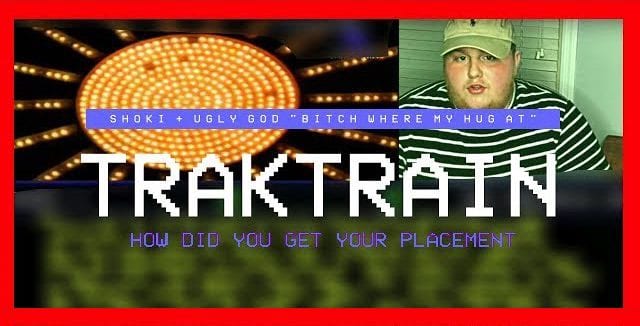 How Did You Get Your Placement Ep. 3 Shoki (Ugly God)

Shoki, producer of the song “Bitch where my hug at” for Ugly God, tells us the story on how he got that instrumental to him.

Whats your name and where are you from?

My name is Orion also known as shoki, and I’m a producer from Decatur, Alabama.

I have worked with a couple of artist, such as Ugly God, SCARXLRD, Jay Storm, Lil Turbo, and Drai Thomas. And I also work with a few local people that I’m pretty close friends with which is Lil Dav and SAUCEBAUCECHEV.

How exactly did you get those artists to hear your instrumentals?

I really just sent the beats to their emails and hoped for the best. SCARLXRD actually reached out to me before he blew up and we were just talking and he bought the beat from me so that was cool.

Well its a funny story with Ugly God because I was talking to a friend of mine thats also a producer on twitter and we were just trading artist emails, and he happened to have one of Ugly God’s emails and I sent him the beats that way, the funny thing is that he doesnt even have a beat email I just happened to get a email that he uses. And I sent him the beat and he immediately responded to me and asked for my instagram and then he dmed me on there where we communicated for a while. Then eventually he just asked me for my number and then facetimed me. And it all took off from there.

When did you hear the record on your instrumental?

I heard the record on my instrumental about a day or so before the EP dropped, I had knew I had some songs with Ugly coming out but I just didnt know which beat he was using. I made the beat about 5 months ago and it was originally made for Lil Pump but Pump didn’t use it. So it was just lying around and i decided to send it to Ugly and he just absolutely killed it. I’m glad it came out the way it did.

Do you have any ideas we can take our podcast to the next level?

Besides doing the 24/7 live traktrain radio on youtube, i think there are some things we could do to possibly get this more exposure (then maybe charging for advertising) or thinking of other ways to monetize from it.