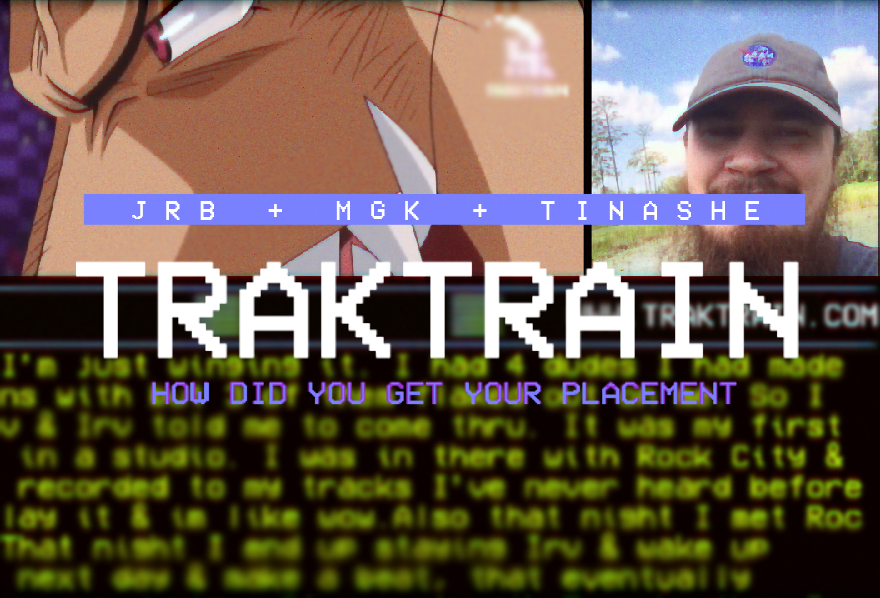 How Did You Get Your Placement JRB Ep. 18

JRB, music producer, who worked with MGK, Tinashe, Jay Rock, Xzibit & Justice League, tells us the story on how he managed to work with them.

What’s up, my name is JRB, u can find me on all social media’s at jrbtheproducer.

It’s a lot of different stories. The one I want to talk about is MGK. It was the joint that let me know that this is possible. No one where I’m from ever did it. Kind of felt like u had to go to a city but that’s the thing that set my music career into motion so I wanted to tell that story. I was on Twitter & I used to follow Irv. Irv used to work with Rock City & would post on Twitter- send beats for Rock City. So I go to my sent folder and look up Irv’s name, I see that I’ve hit Irv 7 times & he has never responded. So I’m like man Irv don’t fuck with my beats so I’m not gonna hit him. Then on Twitter Daren retweets Irv & puts my name & tells me to send beats to Irv so I’m like fuck it why not. Irv actually hits back this time so I’m like cool, that kind of starts that relationship. A year or something goes by. I make the decision to go to A3C, no plans, no nothing I’m just winging it. I had 4 dudes I had made connections with but 3 of them flaked out on me. So I hit up Irv & Irv told me to come thru. It was my first time ever in a studio. I was in there with Rock City & they have recorded to my tracks I’ve never heard before & they play it & I’m like wow. Also that night I met Roc N Mayne. That night I end up staying Irv & wake up early the next day & make a beat, that eventually becomes a co-production Placement with Tinashe thru Roc N Mayne. They got it placed with her. So then Irv tells me about this new artist he has named MGK who just put out his first project & was starting to get a crazy buzz online & asks if I want to produce for him. I’m like hell yeah let’s do it. So fast forward a little ways & MGK gets signed to Bad Boy & a joint from years earlier made the album. It changed my world view & my perceptive & it let me know that this music shit is possible. Y’all changed my life for real. But what if I didn’t hit him. I wasn’t going to hit him. So shout out to Daren that told me to hit him. If there are any opportunities u need to take it. Even if u feel slightly wack about it it could be the one thing that changes your life. 99% won’t hit back but it could be that 1%. That eventually built into me getting placements with Rock City, then Tinashe, then MGK, which allowed me to other opportunities.

I first heard it after MGK recorded it & Irv called me & played it over the phone & I could barely hear it but I said that shit is dope because I knew MGK would kill it & it’s my beat.