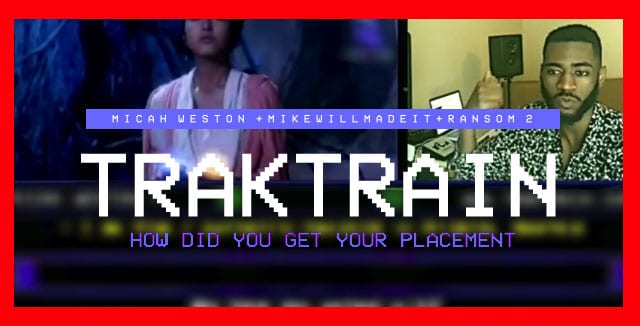 How Did You Get Your Placement Micah Weston Ep. 2

Micah Weston, producer of the song “Burnin” on Mike WiLL Made-It’s album Ransom 2, tells us the story on how he got that instrumental to him.

Andrea of Ear Drummer Records and Wan Geez of YFP

How exactly did you get these artist to hear your beats?

Through genuine friendship. It’s all about being a connection with people so that you guys can share ideas.

We were already good friends so through this genuine relationship they were a text message away.
The “Burning” story is special because the song was made in 2013 but I met up with MikeWillMade-It in the studio and he told me how he was feeling the song and wanted us to expand the idea. He then asked if he could put it on Ransom 2.

When did you hear the record?

I heard the full finish version before it came out but it was special hearing it in the lineup with all the other great songs on the project.