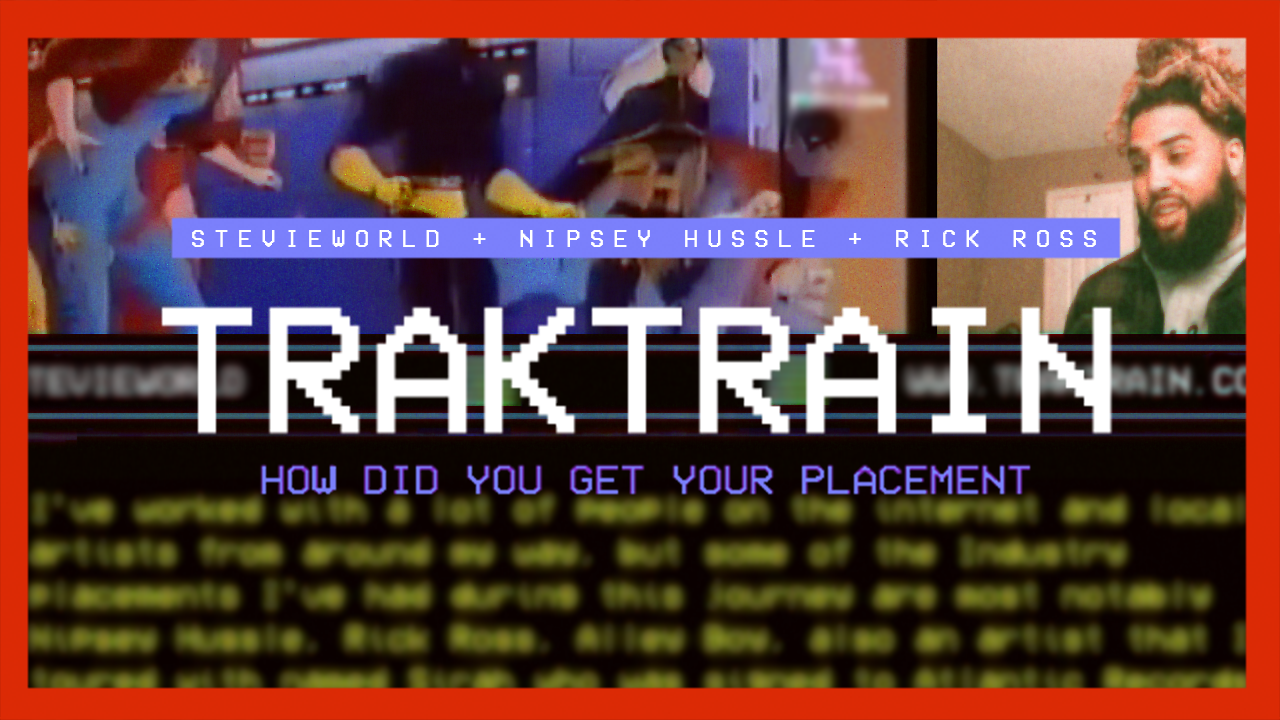 How Did You Get Your Placement STEVIEWORLD Ep. 15

STEVIEWORLD, a music producer from Connecticut, who worked with Nipsey Hussle, Rick Ross, Alley Boy and Sirah, tells us the story on how he managed to work with them.

“STEVIEWORLD” is my current production Alias over the years I’ve had a few, a lot of people know me from my work under the alias of “Jiggy Hendrix” and I’m from Connecticut born and raised!

I’ve worked with a lot of people on the internet and local artists from around my way, but some of the Industry placements I’ve had during this journey are most notably Nipsey Hussle, Rick Ross, Alley Boy, also an artist that I toured with named Sirah who was signed to Atlantic Records at the time.

Honestly it all kind of funnelled through Twitter and Nipsey, once I landed the first beat on a record called “Proud Of That” he shouted me out as one of his new producers on twitter he was really biggin’ me up. Artists and A&R’s started jumping in my dm’s and my email looking for production. How Nipsey found my Twitter originally was via the early Soundcloud days I posted beats up and somehow he landed on my page I still don’t really know the full story of how he found my page but yea he told me he was on my Soundcloud vibe, he messaged me on twitter and the rest was history. A lot of my contacts and people reaching out stemmed through Twitter Like I was saying once Nip started shutting me out online people started pouring in because of the huge amount of respect and admiration he had at that time in the rap game this is like tail end 2011-2012. Nipsey actually called me on the phone when he recorded the Proud of That joint with Ross so that was crazy I was trying to just remain cool but I was excited as fuck! The other record I placed on The CRENSHAW tape he had just hit me on the DM like “You made the Crenshaw Tape on that Sade flip” at that point we had developed a bit of rapport but I was equally as excited I really looked up to the dude and the opportunities were and always will be mind-blowing to have worked with him. The Alley Boy placement was on a record called “Swisher” and that was made possible through an A&R over at Atlantic Records named Shawn Barron he put that together Shawn has always been cool and supportive and was also a big Nipsey fan.

The first record I got the chance to hear was the “proud of that” record I had seen the LA LEAKERS post on twitter and they had @‘d me on twitter as the producer. Crazy thing was I was on a Greyhound coming back from Canada at the time and anyone who ever rode a greyhound know that the wifi doesn’t always boom so it took me like a full 15 min just to let the track buffer but when It loaded I heard the beat and that Maybach music tag on my beat and that greyhound ride was instantly made a whole lot easier I was so happy and my twitter just started blowing up with people who fucked with the track. I can’t really remember where I was for any of the other joints that I’ve had placements for but the track in specific I’ll always remember because of that greyhound ride I must have played it 100 times. REST IN PEACE NIPSEY HUSSLE!