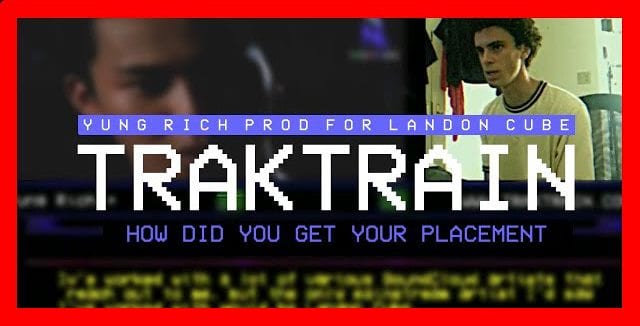 How Did You Get Your Placement Yung Rich Ep. 1

Yung Rich, producer of the song “Drive My Car” by Landon Cube tells us the story on how he got that instrumental to him.

Where are you from and current location?

Born and raised in Sacramento, CA. Still staying here in the 916.

Iv’e worked with a lot of various SoundCloud artists that reach out to me, but the only mainstream artist I’d say I’ve worked with would be Landon Cube.

How exactly did you get the artist to hear your instrumentals?

When I first started making beats, I uploaded them directly to YouTube tagged as “… type beat” and this one titled “relax” must’ve caught Landon’s ear. Thing is I average around 60 views a beat, so what was really crazy is that he came across this. Of all mainstream producers he could’ve genuinely worked with, he chose me. Eternally grateful for Landon.

How did they contact you, letting know they were going to be using your instrumental?

Well, Landon reached out to me via IG DMs (@richard_layne) and told me that he really liked the beat, and that he wanted to buy it. I wasn’t able to see his message at first since Instagram hides DMs from people you may not know. I think like a month had passed before his sound engineer reached out to me saying the same thing, luckily I saw his message and then replied right away.

I said to myself “oh fuck, this is the guy who was on Red Roses w/ Lil Skies, why in the fuck would he want one of my beats?” He then purchased the exclusive rights for only $20. I didn’t really care about asking for more considering I just wanted to work with a mainstream artist and receive credit and build a foundation for my music.

When / How did you hear the record on your instrumental?

I wanna say it was around the time of early December 2017 when I saw Landon post a snippet of the chorus of “Drive My Car” on his IG story. As soon as I saw it I thought to myself “Oh shit, this is the real deal, this man is going to create a hit using one of my instrumentals…” I was hyyyped.

The song then dropped like a month later, and now Drive My Car is at 2.4m plays on SoundCloud with a Lyrical Lemonade video that just dropped. I used to make beats just as a hobby, something to do when I’m bored ya know? Now ever since this it’s just inspiring me to persist and progress on this music shit.

Thank you so much for the interview!