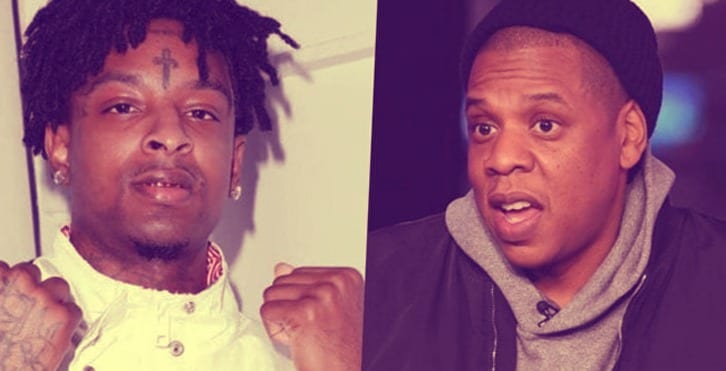 Jay-Z thinks the immigration case against 21 Savage is a gross miscarriage of justice. In response, he’s supplying the “Rap Saved Me” singer with a top-shelf legal team.

“In addition to being a successful recording artist, Savage deserves to be reunited with his children immediately,” remonstrated Jay-Z about the recent arrest and detention of 21 Savage, government name: She’yaa Bin Abraham-Joseph. Jay-Z further decried the situation as “an absolute travesty.”

Immigration and Customs Enforcement (ICE) picked up the UK-born Abraham-Joseph for overstaying in the United States. However, the artist’s attorneys claim law enforcement overstepped and point to a pending visa application. Moreover, it’s unclear if the singer’s mother brought him to the U.S. at age seven or 14. It’s a small detail that could significantly impact the case.

Alex Spiro, the lawyer Jay-Z hired for 21 Savage, lauded his client as a “wonderful person, father and entertainer.” High-profile celebrities and politicians, including Georgia representative Hank Johnson, are also starting to speak out in support of Abraham-Joseph. His case is becoming a cause célèbre as the broader national conversation about ICE heats up.