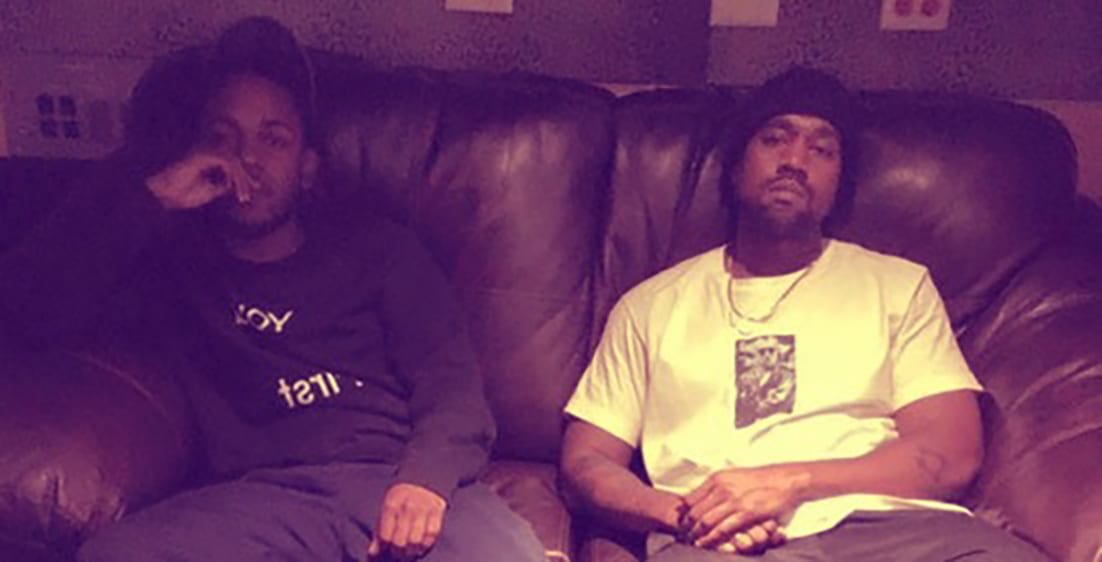 Kanye West and Kendrick Lamar Collaborate Together on Unreleased Tracks

‘Liberated’ appears to be an alternate version of ‘Father Stretch My Hands Pt. 1’ from West’s latest album, The Life of Pablo, with Lamar adding references to Area 51. Both recordings appear to be unfinished, with many who have heard the leaked songs commenting that they appear to be recorded versions of the duo’s work.

West has frequently teased about collaborating with Lamar in the past. In tweets from his now deleted Twitter account, West hinted that he has recorded 40 songs with Lamar, as well as another 40 songs with fellow rapper Young Thug. However, so far the only collaboration between the two that has been officially released is the track ‘No More Parties in L.A.’ from The Life of Pablo in 2016.

Recently, West made headlines after traveling to his home in Wyoming to allegedly work on a new album that will feature additional collaborations with other artists. Drake, NAS, Kid Cudi, and Travis Scott are all rumored to be collaborating with West for his latest project.