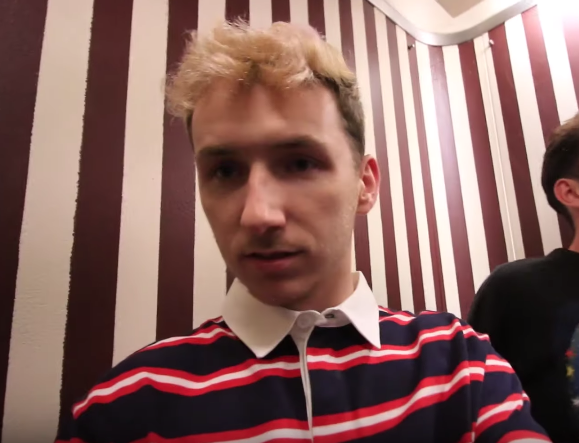 Down in the seedy underbelly of YouTube, PatrickCC is quietly blowing up with his interesting and unique takes on underground rap and upcoming artists. The current music scene climate is being dominated by mainstream melodic superstars, but who gives rise to the artists who may not appear on your radar until they sign their first record deal? With 28,000 subscribers and growing, Patrick is dominating a lane in YouTube that hasn’t been executed as perfectly before. From song recommendations to top female artists, you need to know, Patrick shines the light on some amazing talent you’ve probably never heard of.

The commentary and clout lifestyle videos have been a growing staple on YouTube and everyone is seemingly coming up with their little own piece of lawn every week. From comedy to news reporting, YouTube videos are increasingly growing in quality. News reports and information filled pieces have become extremely popular lately and Patrick has managed to blend his love for underground rap, hip-hop culture and his own rambunxious personality into one exploding YouTube channel aiming for stratospheric success. He is honest, outright and never holds back, probably a big reason as to why his personality is so infectious.

His video catalogue is ever growing and he even somehow manages to make water reviews interesting. The future is bright for this young man as long as he continues to stay true to his roots of underground hip-hop. From reporting news stories in hip-hop to question the persona of popular producer Aries, his videos provide a fresh injection into the world of hip-hop commentary. I would highly recommend checking Patrick out on YouTube if you have the time and enjoy soaking in some thought-provoking, engaging hip-hop insights. Follow him on Instagram @patrickcctv and Twitter @patrickcctv.

Great thanks to Patrick CC for using & crediting TRAKTRAIN producers in his videos.