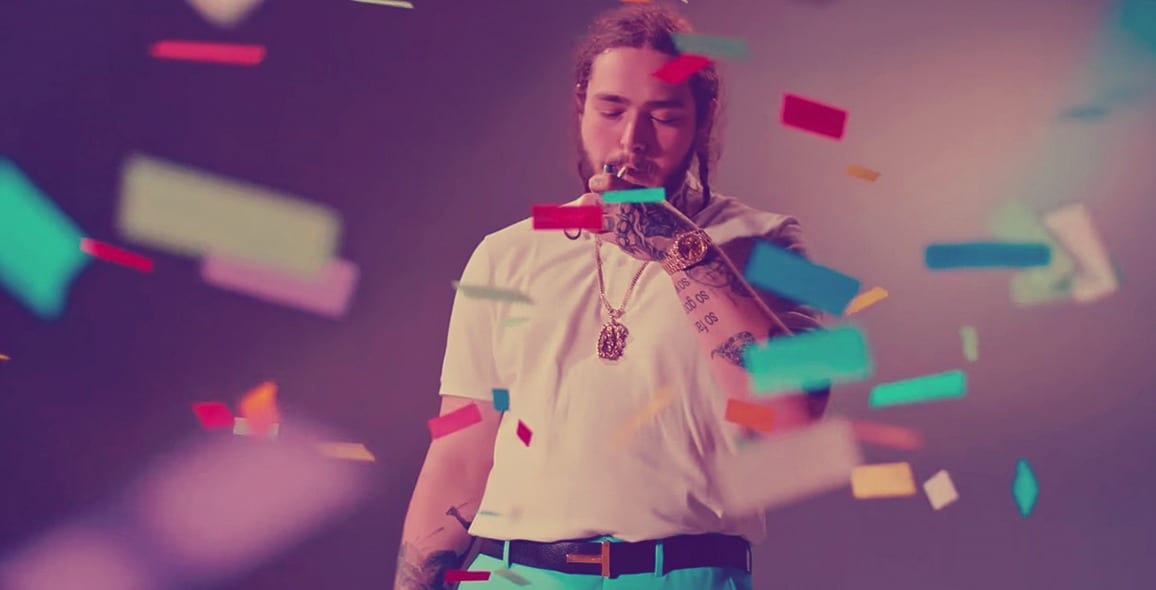 It’s been a year of record-breaking success for hip-hop stars including Drake and Post Malone. Drake has owned the charts and broken a major online streaming record. As for Post – he has now broken a longstanding chart record previously held by the “King of Pop”, Michael Jackson.

Michael Jackson’s “Thriller” is considered by many to be an all-time classic record. It features popular songs “Beat It,” “Billie Jean,” and the title track, “Thriller”. The album spent 76 weeks on the Billboard Top R&B/Hip-Hop Album chart’s Top 10 – reflective of its massive popularity and success.

However, Post Malone’s “Stoney” has now spent its 77th week on the chart. This means the hip-hop star has surpassed the King of Pop on the charts – a massive milestone to crack. “Stoney” features hit songs “White Iverson”, and “Congratulations” featuring Quavo. The former reached as high as No. 5 on the R&B/Hip-Hop songs charts. Similarly, “Congratulations” got to No. 8 on the overall US songs chart.

The album “Stoney” was released back in 2016. The hip-hop star’s 2018 release could potentially grow even bigger. The studio album “Beerbongs & Bentleys” has already spawned a number of hits and been a record-maker on streaming platforms. However, Drake was able to steal some of his thunder with his release of “Scorpion.”

Signs of what’s to come

Of course, the newer album has already been certified two-times platinum by the RIAA – just one shy of the number of times “Stoney” has gone platinum. The songs “Rockstar” featuring 21 Savage, and “Psycho” featuring Ty Dollas Sign have reached No. 1 status on the US charts. In addition, Post Malone’s hit song “Rockstar” has also gone seven-times platinum, with numerous other singles achieving platinum status. With all this in mind, it won’t be surprising to see him breaking more longtime records in the coming months.