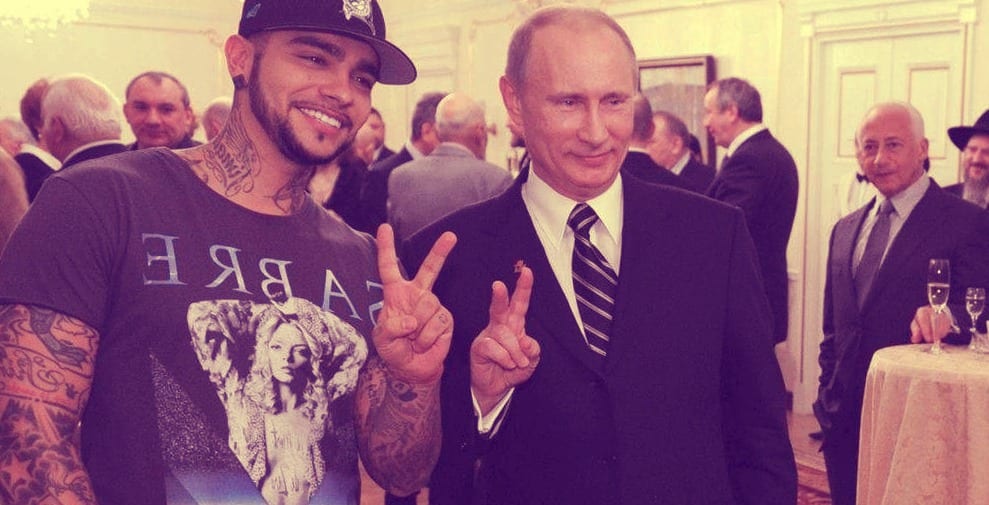 Putin Is Poised To Take Charge of Rap in Russia

“If it’s impossible to stop something,” stated Putin at a recent meeting of Russia’s Council for Culture and Art, “you’ve got to take charge of it!”. At issue was rap music.

At the gathering, the Russian president condemned licentious debauchery and declared “sex, drugs and protests” to be rap’s “three pillars.” Drugs, the leader argued, “are the most worrying” because they pave “the route to a nation’s degradation.”

Why Is Putin Coming For Rap?

Putin’s new focus on rap is likely rooted in a desire to squash up-and-coming, Kremlin-questioning rapper Husky. The anti-establishment fans in Russia can’t get enough of the “Panelka” singer. Therefore, officials naturally see him as a threat. Police arrested Husky for performing on a car roof, after authorities canceled one of his recent concerts.

Furthermore, this is not the first time Putin has gone to war publicly with a music group. Similarly between 2011 and 2012, the Russian president publicly feuded with the punk band Pussy Riot. In the end, several members of the group went to jail for “hooliganism.” However, their struggles with Putin became a cause célèbre the world over.
It will be interesting to see whether he continues to condemn rap.. And what effect this may have on the scene in Russia.