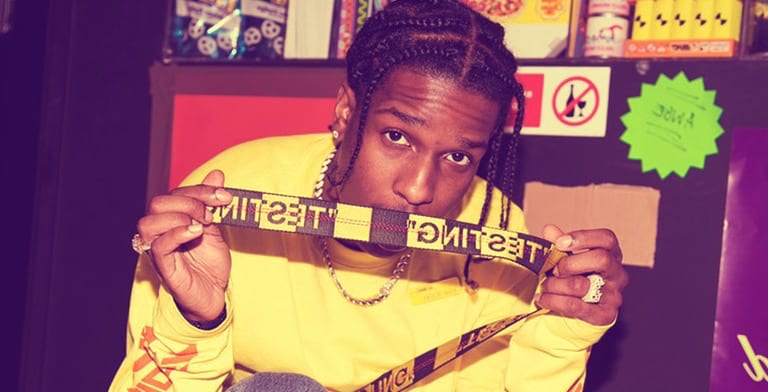 It has been a big year for Harlem’s own rap superstar A$AP Rocky. After teasing fans with an album drop for the past few months, the musician finally unveiled the cover art for his upcoming studio project ‘Testing’ following a live performance of his Lab Rat art piece.

Rocky later shared a photo of the album on his personal Instagram account labeling it “525”. An interview with Complex Magazine confirmed the album’s release date on May 25th which would explain the numbers used in the caption.

New Sneaker Partnership with Under Armour

During the art installment, A$AP Rocky also unveiled his new sneaker line in collaboration with Under Armour. The sneaker features a chunky, all black, skate-inspired upper and a chunky black midsole that slightly resembles Heelys roller shoes. The partnership comes on the heels of other high powered collaborations with the rapper including Adidas, Dior Homme, and JW Anderson.