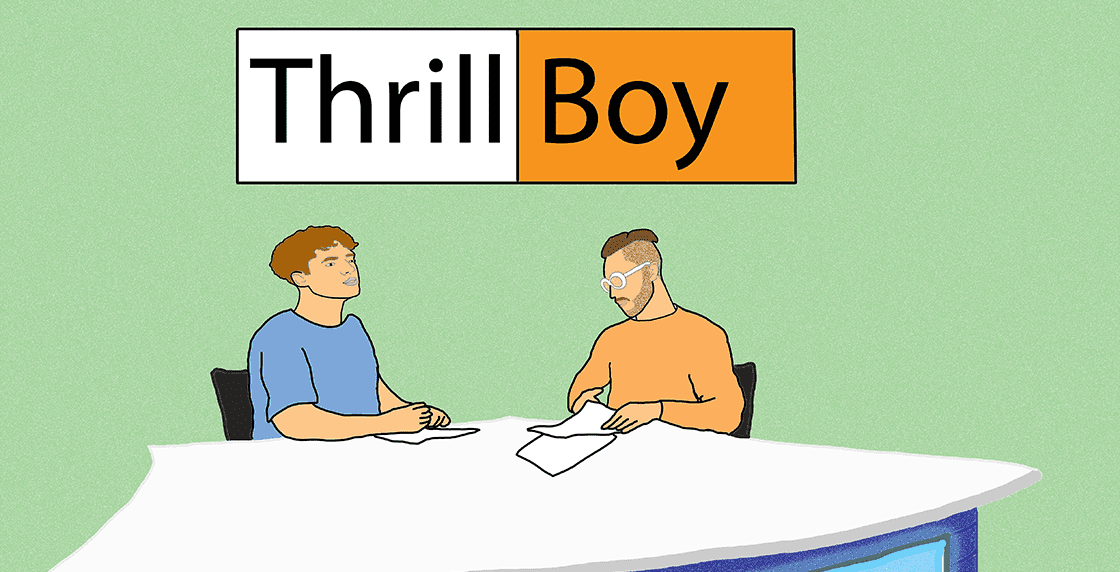 Drew Dapps interviews Australian producer ThrillBoy representing Surreal Gang. Thrill details how he started making beats and where he plans to take it!

Your name name and personal brand “ThrillBoy” is pretty unique; how did it come about?

The origin of Thrillboy is one of my favorite things to explain cause the story always makes me laugh. In 2015 I was dating my ex girlfriend for a year, we honestly saw each other almost every day. Both didn’t work at the time, we didn’t do shit! So we obviously use to just fuck for a majority of the days. Anyway, cause we use to fuck all the time, normal sex gets boring right? So I use to spice things up, stick my finger in her booty while eating her pussy etc.

Then one day, she just called me ‘Thrillboy’ while I was goin ham on her booty hole cause it was a ‘thrill’ for her. From that very moment, I fell in love with the name. It described me perfectly. I used it as my Xbox gamertag which was ‘DamienThrillboy’ (Damien being my real name). I kept using it from that very day.

When her and I broke up and I started making beats I used the name as my producer name to throw shade at her. Originally so that if I ever popped and went mainstream she would forever have to see that name in her face and remember that she lost me and shes missing out. But I can honestly say I have matured since then and I am over that period of my life. That is not even the reason anymore. I am keeping ‘Thrillboy’ because its funny, cool, an easy name to remember and perfectly describes who I am. A porn loving, fat ass loving dirtbag.

What is it like living in Australia? Has your upbringing there affected your music creation in anyway?

Australia isn’t for me. Not my kind of vibe or people and I realized that from a very young age. The rap game out here is honestly cringe, I’ve personally never been a fan of the Australian accent in rap music. As a kid my dad always played a lot of different kinds of music around me and I can honestly say that is probably the reason I got my ear for music. I guess you could say that has helped me with my creation and understanding of music.

What DAW do you use currently? Did you use this when you started making beats or did your workstation evolve as your skills got better? 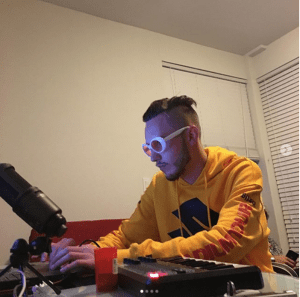 I use FL Studio 12. When I started messing around with DAW’s I started on Logic Pro, But I found Logic extremely difficult to use at the time, I eventually bought a PC and starting using FL 11 and then eventually transitioned over to FL 12 when I realized a lot of prods where using 12. I now find FL Studio easy to use, once you study and understand the DAW everything is at your fingertips.

Who / what inspired you to start making beats in the first place?

In 2015 I went through a really bad break up with an ex girlfriend, We practically saw each other every day for a whole year and when we broke up I literally had nothing to do. I was unemployed and not doing shit at the time so I needed something to keep my mind off everything. By pure luck and fate I one day saw in my recommended on YouTube “how to make trap beats on fl studio 11”, I clicked on the video and I got all this hunger to just want to learn.

I can honestly say I always gave up on things in life, I would get so close to success and suddenly give it all up. But with beats I wanted to prove to myself that I could actually get far and prosper in it. No giving up, no excuses. I wanted to prove to myself that I could do it. I eventually fell in love with producing and the whole process of it. It is the best feeling in the world when you are sitting down listening to a beat you made thinking ‘wow I actually made this’. That was the feeling I fell in love with.

Who are some of your favorite artists to work with?

There are so many and so many talented artists that I love working with. But my favorite would have the be Vick Lejet. That is because me and him go deeper than music, he is my best friend in real life and outside of music. The music me and him create is honestly something else. I think that is because me and him are both perfectionists. We want everything to be perfect and we wont release something together unless it is quality. We are both extremely honest with each other and both each others harshest critiques.

That is why him and I have grown so much not only as people, but as artists.

You’ve used a variety of beat tags over the years, which one is your favorite and where did it come from?

My favorite is still the one Cashcache did for me. ‘OMG Thrillboy why’d you fuck my mom?’. The only reason I still don’t use that tag is because If a beat of mine ever gets placed for mainstream radio play or in the mainstream circuit I could run into some problems.

What have been some breakthrough moments in your career , where you felt like things are starting to look in your favor?

When I got asked to join Surreal Gang (Shout out Xangang, Rob $urreal & the rest of the boys) I felt a lot of doors opened for me. It gave me the opportunity to work with Famous Dex, WIFIGAWD and many other artists that I have always fucked with and I am forever grateful that I am gaining followers and supporters on my soundcloud. That shit motivates me so much to keep putting out more beats and trying to work with more and more artists. This is only the beginning of my career and I am so excited to see what the future holds.

Who are your top favorite 3 producers of all time?

Where do you see yourself in 5 years? What is the ultimate goal you’re striving for?

Producing for big artists that I have loved growing up. Travelling the world and making more dope music. I want to turn ‘Thrillboy’ into so much more than music and production. I want it to be a brand one day. Making clothing, directing movies/music videos and other dope shit.