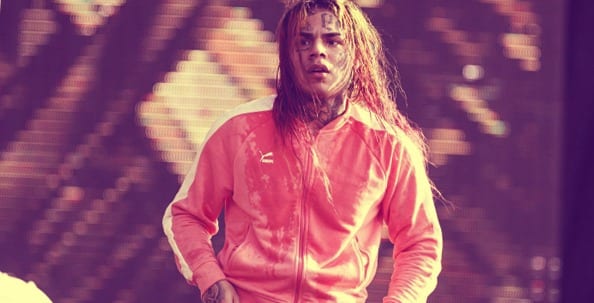 Dan Hernandez — aka “6ix9ine” or “Tekashi69” — is, once again, in heaps of legal trouble. In fact, the “Gummo” singer may spend the rest of his life in lockup.

On the night of November 18, ATF agents rounded up 6ix9ine and five of his fellow TreyWay gang members. Law enforcement threw an 18-page indictment — which included drug, robbery and racketeering charges dating back to 2013 — at the crew.

6ix9ine’s Long History With The Law

When Hernandez was 13 years old, someone shot his father dead in the street. Ever since then, the Brooklyn native has wrestled with behavioral and legal problems.

In 8th grade, after several authoritarian clashes, 6ix9ine dropped out of school. To help his family make ends meet, he sold drugs, worked at a bodega and bused restaurant tables. But the law caught up with Hernandez, who was ultimately sentenced to a stint on Rikers’ Island. Behind bars, he affiliated with Nine Trey Gangsters — aka TreyWay, a prison sub-sect of the Blood’s street brotherhood.

After release, Hernandez adopted the 6ix9ine moniker, and his artistic career exploded. But trouble still chilled around many corners, and in 2015, the “Zeta Zero” rapper found himself in court pleading guilty to inappropriate sexual dealings with a minor.

Lance Lazzaro, Tekashi69’s attorney, believes law enforcement officials have “over-charged” his client with the latest claim. So far, the presiding judge has denied bail since Hernandez is technically in violation of his 2015 probation agreement.