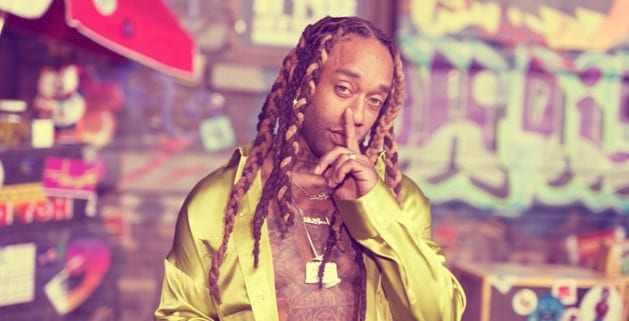 A Georgia grand jury indicted artist Ty Dolla $ign on two felony drug charges. If a judge slaps him with a maximum sentence, the “Love U Better” singer could land behind bars for the next 15 years.

Small Amounts of Marijuana and Cocaine Lead To Arrest

It was 4:55 p.m. on September 5, 2018; Ty, Skrillex and five other folks had hopped into a car. Dolla $ign got behind the wheel. The seven-deep crew was headed to a concert.

But things didn’t go off without a hitch. Law enforcement conducted a traffic stop on the friends and brought in drug-sniffing dogs. The canines came across some cocaine and less than an ounce of marijuana. Ultimately, authorities slammed Ty Dolla $ign, alone, with a pair of drug charges.

Canada, our friendly neighbor to the north, federally legalized recreational cannabis earlier this year. Ten U.S. states also allow people aged 21 and over to indulge. Yet folks in some parts of the country are still catching decades-long prison sentences for possession. Perhaps it’s time to start reevaluating laws across the country to mitigate this discrepancy and put an end to excessive mandatory minimum sentences.

In the meantime, be sure to check out Ty Dolla $ign’s latest collaboration with Kaytranada.