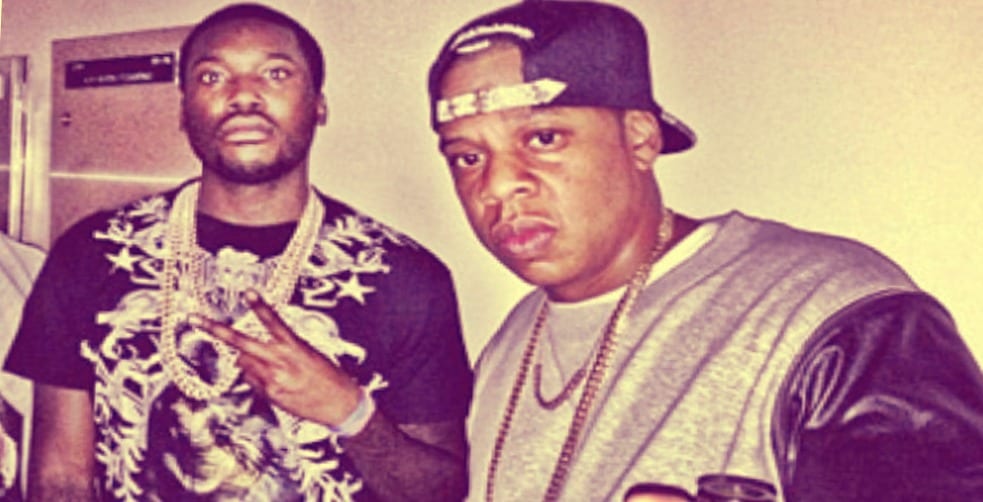 Does Jay-Z traffic in Degrassi-High-level drama? Or does Hov just forget feuds? “Championships” artist Meek Mill may have some insight.

As he tells it, several years back, Meek Mill thought he’d arrived. His tracks were blowing up, fellow up-and-comer Nicki Minaj was by his side, and hip hop’s royal family, the Carters, had invited them on a double date.

But things didn’t go so smoothly. During a sit down with Elliot Wilson for his CRWN interview series, Meek recounted that Jay-Z took charge of the evening’s playlist and conspicuously queued up “Back 2 Back” — Drake’s infamous diss track against Mill.

According to the “Stay Woke” singer, Beyonce, Jay-Z and Minaj acted nonplussed. However, Mill admits freaking out. “[I] don’t know if they remember [the feud], but…I remember that; it was crazy,” he laughed.

Why is Jay-Z’s song choice inspiring side-eyes? Several years back, pop-rapper Drake collaborated with Meek Mill on a track called “R.I.C.O.” The story goes that the latter wasn’t pleased with the former’s promotional efforts. Consequently the situation exploded, and Mill ultimately accused Drake of using ghostwriters. Long story short: Drake hit back with two diss tracks entitled “Back 2 Back” and “Charged Up.” Mill then responded with “Wanna Know.”

Eventually, the artists buried the hatchet, and to clear the air, Drake dropped props to “Milly” on Lil Wayne’s single “4:44.”