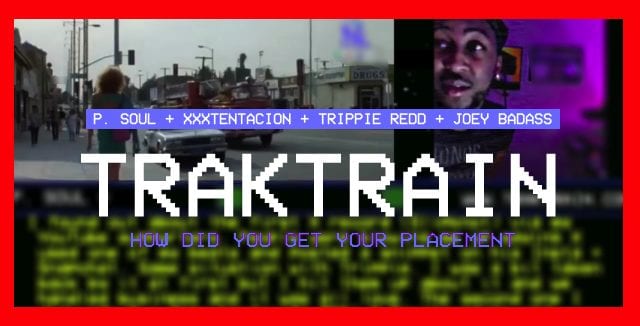 How Did You Get Your Placement Ep. 6 P. SOUL

P. Soul, producer of the song “Slipknot” & “Infinity 888 ft. Joey Badass” for xxxtentacion + “can you rap like me” for Trippie Redd, tells us the story on how he got those instrumentals to them.

Where are you from and current location?

Spent the first 6 years of my life living in Antigua (caribbean) which is where my entire family is from. Currently living in Minnesota.

The main joints people associate me with are the ones I have with XXXTENTACION, Joey Bada$$ (Slipknot, Infinity 888) + Trippie Redd (Can You Rap Like Me?) but I’ve got lots of other material for example I’ve got a record with Ye Ali (Trap Phone) who’s making BIG waves right now. I have a few with Trapo (Cards & Conversation, Love Is) who’s also making BIG waves. I’m focusing on building more of these placements this year and moving forward though!

How exactly did you get those artists to hear your instrumentals?

I believe they found me on YouTube for the most part. I’ve been doing Type Beats for a few years so I’ve built up a nice online buzz and I guess they just caught wind of it and found my stuff.

How did they contact you, letting know they were going to be using your instrumental(s)?

I found out about the first X record (Slipknot) via my YouTube supporters. People were blowing me up saying X used one of my beats and posted a snippet on his Insta + Snapchat. Same situation with Trippie. I was a bit taken back by it at first but I hit them up about it and we handled business and it was all love. The second one I did with X + Joey (infinity 888) X Facetimed me and played it for me a week before the album.

When / how did you hear the record on your instrumental?

Aside from Infinity 888 I heard most of the placements once everybody else heard them. I remember Ye Ali situation he sent me “Trap Phone” a good year and some change before it even came out though so it was cool to see how that unfolded.

Check out our Traktrain Blog for details about last updates, cool tips, tutorials, and news from the scene:

Panning is your friend 👌👂

Panning several Instruments to the left and right of your stereo field can help clean up your mix. Especially instruments playing in the same frequency range can be separated by panning them even just a tiny bit.